I was contacted by a man called Ben who lives in England in June of this year. He explained that he’d seen some of my previous work and was impressed with what I did. He explained that he had a plan to propose to his girlfriend Kirsten in his local movie theatre, the Electric Cinema in Birmingham, UK and asked if I could help him out.  His request was for me to create a film that explains how the couple met, their first dates and some of the special moments which they have shared together, all in Lego featuring miniature figures of the couple.  The finished film would go on to be shown in the theatre, much to girlfriend Kirsten’s and the rest of the movie goers’ surprise!

After brainstorming our ideas, I began to create storyboards and a script for the film, which Ben himself narrated. I got in touch with UK based company Minifigs.me and asked if they could custom make some Lego Minifigures especially for the film – they turned out great! From here it was a case of building the sets from their iconic moments and then using the process of stop-motion animation to bring it all to life.  The film features snapshots such as their trip to Thailand, their first kiss in the rain and attending a nearby premiere of the recent James Bond film.

On the 6th August 2016, the proposal animation was shown at the Electric Cinema where Ben and Kirsten were about to watch a movie. To everyone’s surprise, in place of the movie commercials was the animation. At the end of it, Ben then asked Kirsten to marry him. She said ‘Yes’ and everyone was delighted.

It was a great project to work on and was unlike anything I’d ever had the opportunity to create as a film-maker. The personal story behind it was very touching and in my opinion, made it extra special. I ensured that details were key in the film, all the way from the outfits the figures were dressed in to the online dating profile descriptions! A happy ending indeed!

In February 2017 I launched a promotional film created to support my local town, Paisley, in its bid to become the UK City of Culture 2021. The two minute animation showcases some of the town’s most famous exports, such as Hollywood icon Gerard Butler, television star David Tennant, as well as musicians and artists like Gerry Rafferty and John Byrne. Taking 3 months to produce, the film was designed to highlight what Paisley has given the world throughout the decades.

I was commissioned by Lego Aritist Warren Elsmore and Quintet Publishing to recreate 13 iconic film scenes and movie posters, all in Lego. I began work in the project in September 2014, with only 2 weeks to complete the film. I chose films such as Singing in the Rain, Titanic and Pulp Fiction. Warren let me use his amazing custom printed minifigures, from Jack Nicholson to Julie Andrews.

As I only had 2 weeks, I had to think fast, while working on another project, Brick Wonders and trying to squeeze in some school work too…! I settled on an ‘Oscars’ style ‘and the nominees are’ montage, then featuring short clips from each film.

The film was featured in the New York Post, Mashable and Buzzfeed and then gained 1,000,000 views in 1 week! Brick Flicks the book is available to purchase now!

I was asked to make this interactive animation by the global charity, British Red Cross in October 2013.

The aim of this project was to promote and educate people on the vital work the Red Cross does across the globe, and also in the UK. Preparation and resilience helps to prevents loss of life and injury in the event of a natural disaster.

This project was another first for me as it was designed to be an interactive game depicting different scenarios in the event of a natural disaster. The three scenarios are: Farm on a Fertile Hillside, Go Fishing on the Tranquil Coast and Find your Fortune in the City. In the game, the user can select which path they wish to take. Each scenario ultimately ends in disaster, with the Red Cross helping educate communities and prepare for future disasters. This project consisted of over 8,000 pictures and four months of work.

The British Red Cross is helping vulnerable people and communities around the world prepare for and recover from disasters. We’re working to build resilience with simple, practical action.

Project: Paul Oakenfold Who Do You Love

It all started after applying for copyright permission for my previous film, Lego Jail Break. Towards the end of the film, I included a piece of music by famous DJ Paul Oakenfold called “Ready Steady Go”– (It’s the song at the end chase scene.) So I emailed the record label, Perfecto Records asking if I had permission to use the track (I was entering it to a film festival). The next day, manager John Askew replied say this-

Nice to meet you. I manage Paul Oakenfold in Europe. I find your animations really cool. Is there a number I can reach you on – I would like to discuss the idea of you making a video for us for one of Paul’s future singles. “

To be honest, I couldn’t quite believe it. This could be big I thought. We discussed the project over the next few weeks, thinking about story lines, the technical stuff and how we could make this my best film yet. Finally we reached an agreement to portray “a week in the life of Paul Oakenfold” showing him travelling to different countries and performing shows.

Technical Stuff- This has definitely been my most challenging film. Firstly, the lighting had to meet the requirements of a real trance/DJ event- Intense strobing, flashes and moving lights, all of which are very had to animate! I ended up using the hi-tech method of using small LED’s and bicycle lights. They turned out quite well but took time (for each picture taken I would turn a light on or off). Secondly, I used a Green Screen or chroma key effect as its sometimes known as for a few of the shots. A green screen basically replaces a green background with any chosen picture of video. (A lot of blockbuster films use green screen like Harry Potter or the Star Wars trilogy). I used this effect mainly for fireworks in the festival scenes and helicopter shots. Finally, a few shots in the film were shot on a dolly, meaning the camera was places on a small cart and then slid along rails, giving a smooth and fluid shot. 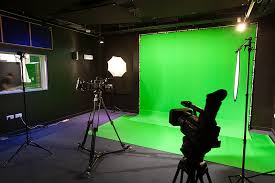 On March the 29th Paul was playing a gig in the O2 Academy in Glasgow (near to where I live)! I was invited to the gig! We went along, and met up with the management team, who I have been in contact with since the beginning, met Paul and discussed the film. Everyone there was really nice and I met some amazing people! After our meal, we were picked up and taken along for a backstage look at Paul’s gig! The set started at around 12am, so it was quite a late night! The atmosphere in a club is amazing, the noise incredible- I think it matches up with the film! Absolutely amazing time and a great experience!

I was commissioned to make this film by Borders based textiles and knitwear company, Studio Roam. The brief was to create a short film showing how there products are really made. The start of the film was to be shot in live action, and the second half to be animated, with Lego minifigures as the studio workers and staff.

I was asked to help Scottish youth charity, Young Scot with creating a digital e-card. They asked if I could create a 30-40 second animation with some festive faces from around the Young Scot office!

This is the official film for my uncle Gary Burn’s new product- CarGo Seat. Designed to help families on holiday, this is a safe car seat that instantly converts into a suitcase and storage area. This project came with new challenges such as telling the story of his so far success, using special effects and animation techniques! This product was also featured on BBC 3’s Be Your Own Boss, where Gary was given an investment  sum from entrepreneur Richard Reed to help expand his product and company-